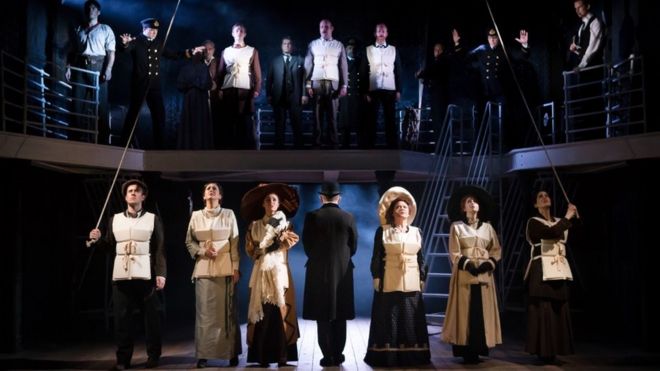 Titanic returned to its roots this week as Titanic the Musical took to the Mayflower stage.

With a small band and cast of 25, musical director Mark Aspinall’s epic production comes together with pitch perfect vocals.

The hard-working ensemble flow seamlessly between character and costume to tell the tragic story of the world-famous ship.

The intimate setting has a strong impact when combined with the talented cast. Further drama comes from the lighting and climatic crash when the ship takes its final plunge is terrifying.